Can adults be abused? It's a power issue.

Can adults be abused?
It's a power issue.

Ingrid didn’t realize that her unhappiness showed. She thought she was covering it really well until one day after church Pastor Rick asked her, “Is everything OK Ingrid? You look troubled.” Just having someone acknowledge her feelings started the tears rolling down her cheeks.

“If you would like to talk,” he said, “I’m here for you. I have office hours every afternoon.”

Ingrid did go, and it was a huge relief to pour out the sad story of her marriage and how she and her husband lived separate lives under the same roof.

Over the next month she met three more times with Pastor Rick. He was so sympathetic and understanding as she shared her story.  He suggested one day that they meet in a park since it was a nice day, and that they go for a walk, instead of meeting in the office.

In the park Rick shared his story, how he felt lonely and misunderstood as well. She felt very close to Rick and honoured that he would be sharing like this with her. He was a real friend. At the end of the afternoon he gave her a hug that made her feel uncomfortable, but she put the thought out of her mind.

She kept going for pastoral visits because they were really helping her feel better. She had such a connection with Rick. During services she and Rick would exchange special deep glances with each other. One day when Rick knew her husband was out of town, he dropped in at her house unexpectedly. “I just wanted to tell you, Ingrid, how much your friendship means to me. It’s what’s keeping me going in my work. God brought you to me just when I needed you.” 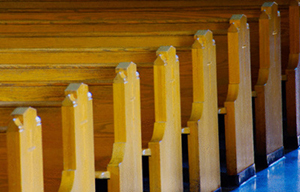 Five years later it was hard for Ingrid to explain to the investigative team how she had become sexually involved with her pastor. After several months she was overcome with guilt and stopped seeing Pastor Rick. She left the church, her marriage broke up.

Because she was still a member of the congregation, she had received a letter saying that Pastor Rick was on a leave of absence pending an investigation into sexual misconduct. Assuming that he was being investigated for their “affair," she contacted the team to try to help Rick. It was only then she found out two other women from the church had laid complaints. One of them was a young woman nineteen years old.

The team did not blame her for what happened. Instead they explained how professional boundaries worked and that Pastor Rick had crossed the line. 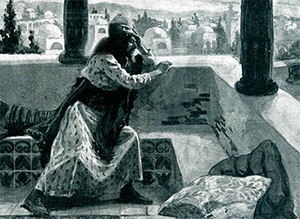 David was a man after God’s own heart. God blessed him and prospered his work as the King of Israel. One day when his troops were out fighting a battle, David spied a beautiful woman who was taking a bath. He found out her name and the story tells us, “So David sent messengers to fetch her, and she came to him, and he lay with her” (2 Samuel 11:4). She conceived a child.

At one time, people might have asked, “Why was Bathsheba taking a bath where someone could spy on her?” or “Why did she go to David?” People through history have sometimes blamed Bathsheba for David’s sin, or have seen her as an equal participant in adultery.

Bathsheba does not have a voice in this story except when she tells the King that she is pregnant. David was a king; she was his subject. What would have happened to her if she refused? What could have happened to her husband, who was one of the king’s soldiers, if she refused? She was in the king’s power from beginning to end. She could not refuse and so the sex was not consensual. Today we would name that act rape.

As a king, David’s role was to lead and protect his subjects from harm. Instead of protecting Bathsheba from harm King David misuses his power to violate her, and then murders her husband Uriah. He has used his power not for the good of his country, but for his own selfish interests.

You can read on in 2 Samuel 12 to see what message Nathan the Prophet will bring to David. God will hold David to account for his misuse of power.

For example, you allow doctors to see your naked body because you trust them to help you. If your doctor makes sexually suggestive comments to you while you are lying naked on the examining table, or if an attempt is made to kiss you when you are explaining your problems, you feel betrayed, and you can lay a complaint with the College of Physicians and Surgeons.

In a similar way, you trust your pastor to help you. You call a pastor when you are in a crisis, when you are at your most vulnerable, when you are very emotionally fragile. As seen in the story of Ingrid and Pastor Rick, if the pastor takes advantage of you and starts seeking to meet his emotional needs instead of yours and touches you in a sexual way, a boundary has been crossed by the pastor.

Pastoral boundary crossings can be very confusing because pastors are spiritual leaders. You may believe they are chosen by God to do their job; you take them seriously when they counsel you about your life. If your spiritual leader tells you that God brought you together, it can be hard to disagree.

Because of their role as spiritual leaders, when pastors cross a sexual boundary with a congregant, they are violating a sacred trust. They are abusing the power given to them by God and by a community.

Congregations and denominations call people to leadership in the church. It is the responsibility of the people who give that call to monitor leaders as they do their work and to receive complaints about that work. If pastors are found to have violated that trust by abusing someone in their care, they must be held to account.