Crossing the Line: What Is Clergy Abuse?

What is Clergy Abuse? 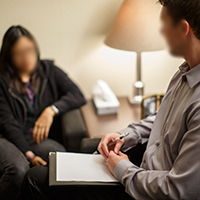 Jewel grew up in a small country church. When she was just eight years old, she had been sexually abused by her father. There had been a trial, and in that long process, the church had stood by Jewel and her mom. But when Jewel was fifteen, she started acting out: skipping school, being disrespectful to her mother, using drugs. At her wit’s end, the single mom appealed to her pastor, Jason, to provide pastoral care and to try to talk some sense into her daughter.

With pressure from her mom, Jewel agreed that she would go to the church once a week after her afternoon classes. She arrived at 4 p.m. just as the church administrator was leaving for home.

Jason wanted Jewel to feel comfortable with him, so the first few times they mostly just chatted. He agreed with her that her mother was pretty uptight, and that skipping school wasn’t a criminal offence. “I just want to help you. It looks like you are carrying a lot of pain, but you don’t have to tell me about it now,” he said.

Over the weeks Jewel started to feel she could trust Jason, and when he eventually asked her about the abuse, she opened up about how awful it had been. “The thought of him touching me, it just makes my skin crawl.”

Jason shed tears with Jewel as she shared her memories. She reached out for his hand and he took it. When she left that day, he gave her a brief hug and kissed her lightly on the forehead. “I’m so sorry all this happened to you.”

The next time she came after school, they sat together on the couch in his office. She reached for his hand as she poured out more of her story. She stroked his hand. At one point he reached and stroked her hair. She thought she might be falling in love with him. When it was time to go, he went to kiss her forehead, but she lifted her head so they kissed on the lips. They kissed for a couple of minutes, before he gently pushed her out the door.

Jewel was very sad when Jason phoned her mom and said he did not have time to continue the sessions, and that Jewel should find another counsellor.

Five years later, Jewel mentioned what had happened in these counseling sessions to a friend, who told Jewel that it sounded abusive and creepy. But Jewel really liked Jason. He had helped her and had really listened. And besides, it was “just kissing.”

Biblical Grounding: Who Crossed the Boundary? 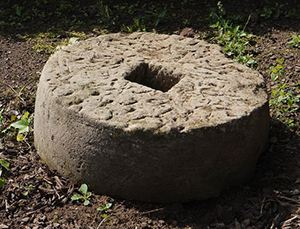 Jesus reserves strong words for those who hurt little ones (Matthew 18). Jesus says that it would be better that a millstone be hung around their neck and they be drowned in the depth of the sea than they hurt a child.

It is never the little one’s, the vulnerable person’s, responsibility to maintain boundaries. When pastors are credentialed they are given training about boundaries. They are taught that as they interact with vulnerable people, it is their job to make sure no sexual boundaries get crossed.

In the story of Jewel and Jason, she initiated some of the sexual contact. Vulnerable people are sometimes confused, and have poor boundaries; they make unwise decisions. Jason should have maintained that boundary. This is even more obviously the case since Jewel was a minor, but even if she was 18 what was happening was not consensual. He was her pastor. Sexual activity is not allowed.

In this situation, there are many red flags. Jason was placing himself in a dangerous situation by meeting alone with a teenager. He should have asked the church secretary to stay later, or he could have agreed to meet Jewel in a public place like a coffee shop. He shouldn’t have sat on a couch with her.

Talking about childhood abuse is a very sensitive topic. It would have been wise for Jason to refer Jewel to a professional counsellor. He was unprepared for the fact that Jewel might start to have feelings for him, and when she reached out to him he was not prepared to set clear boundaries.

Jason told no one about that first boundary crossing. He thought that he could manage it better next time, but instead things got even more out of control. He felt he managed the situation well by deciding to end the counselling.

Professional Ethics: Who decides it's abuse?

In this situation, Jewel herself never names this as abuse. At this point, no complaint is coming to the church from her. She dismisses it as “just kissing,” yet as a survivor of incest, her own ability to set boundaries is very poor. Down the road, when she is older and wiser, will she realize that a person who was supposed to be helping her sexualized a counselling relationship? When she thinks about it more, maybe she will see parallels between what happened with her father (whom she loved), and what happened with Jason.

At that point she might blame herself further. “What is it about me that makes men do this?” Or she might realize that she has been treated badly. “No one was looking out for me.” She may feel betrayed by the church and by God. But like most survivors of abuse, Jewel may never lay a complaint.

Jason will carry this story as a secret, as a near-miss experience. He saw where it might have led. He feels virtuous that he gently pushed Jewel out the door instead of having sex with her, which was a real possibility. Because he ended the relationship, and because it was “just kissing,” he too might minimize what happened. He might not see that he was not truly there for Jewel, and that he abused her. He might not see how he failed her as a pastor.

From a larger church perspective, it’s crystal clear. What Jason did was sexual misconduct. He could be criminally charged for sexual interference with a minor.

Guarding A Sacred Trust: What does abuse look like?

Sexual abuse by a pastor can range from sexual comments about appearance all the way to rape. It can include a pastor showing pornography to a congregant or sending them sexualized text or Facebook messages. It can be sharing dirty jokes that make a congregant uncomfortable, or spying on them in the washroom. It can include seemingly mutual and affectionate kissing, fondling and oral sex or physically holding someone down as they resist sexual advances.

A pastor may admit to the victim that it’s wrong, or they may claim that they are in a mutual loving relationship. The topic of God may or may not be invoked in the situation, but spiritual leadership is always implied because the pastor is in a role of authority. Pastors are responsible whenever a sexual boundary is crossed.