Finding your voice: Why do survivors wait so long?

Camila took a deep breath as she slipped the letter addressed to the denominational office into the mailbox. She felt a sense of peace, like a load lifting off her shoulders.

When Camila was seventeen years old, Tyler had been her youth pastor. Camila was in the final month of her senior year of high school. After a youth event, she was in the car Tyler was driving. He dropped off the other young people first, then he took her home the long way. He asked questions about her plans to move across the country to go to college that fall.

Tyler stopped the car at a deserted spot. Camila felt nervous suddenly, but she told herself to calm down. Tyler was her pastor. He said, “Let’s get out of the car and look at the stars. They are such a beautiful part of God’s creation.” She did what she was told. “Do you know how beautiful you are?” he said as he pulled her close. She didn’t know what to say; she didn’t know what to do. Tyler kissed her, and then pushed her roughly against the car, pulling up her skirt, unzipping his pants.

Ten minutes later they were on the road again. Camila was crying. Tyler started lecturing her. “What just happened was wrong, Camila. We shouldn’t have done that. But God can forgive us. He can forgive you for tempting me. I’ve 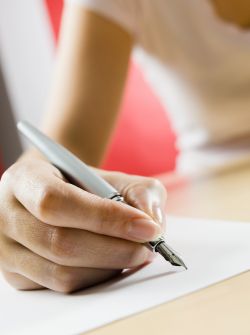 seen the way you’ve been looking at me these last months. And when you showed up tonight wearing that little skirt…. God can forgive me for being a man. ‘The spirit is willing, but the flesh is weak.’  I forgive you. Do you think you can forgive me?” Camila mumbled a response. “If you really forgive me, you’ll never mention this to anyone,” he said.

That all happened 13 years ago. In her complaint Camila wrote how she hadn’t told anyone. She knew it would kill her parents if they found out. As new immigrants, their church was their extended family. She went silently off to college. She didn’t even tell her parents about the abortion and the guilt she lived with every day. She was too ashamed to pray. She never went to church again.

Her parents wondered why she gave up on church, but they always told her news about everyone. She heard that Tyler had moved on to work in another church, how he’d gotten married, gotten divorced, and moved on again to another church. She told herself she didn’t care what happened to him.

But when her parents told her that Tyler had been hired as the new director of the denomination’s teen camping program, she felt something snap inside her. She knew then that she could no longer keep this a secret. She filed a complaint. She knew it was the truth when she saw the words on the page, “When Tyler was my youth pastor, he raped me.” 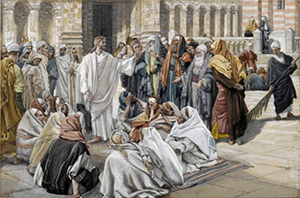 Jesus’ harshest words were for the Pharisees. They were the spiritual leaders in Israel, tasked with leading the people to God. Jesus is critical of their hypocrisy, how they said one thing and did another, how they led people away from God rather than to God. Jesus says, “Beware of the yeast of the Pharisees, that is, their hypocrisy. Nothing is covered up that will not be uncovered, and nothing secret that will not become known. Therefore, whatever you have said in the dark will be heard in the light, and what you have whispered behind closed doors will be proclaimed from the housetops” (Luke 12:1b-3).

There are no secrets in the kingdom of heaven. Everyone will be held to account for what they have done, even when it is done in the dark, even when it is a secret that has been kept for years. Even the secret of a youth leader abusing a vulnerable young woman.

As a society, we hold professionals to a high standard. They are expected to work in the best interests of vulnerable people. If they fail to do that, and a complaint is laid against them, this is taken seriously even many, many years after the alleged abuse.

We have seen that illustrated in recent years as First Nations survivors of the residential school system have come forward with complaints against former teachers. In some cases the teachers are alive and are prosecuted by the criminal courts. In other cases, the teachers have died and there is no one to prosecute. The Truth & Reconciliation Commission (TRC) was a way for survivors to name what happened to them. In some cases the abuses took place fifty or sixty years ago.

Those who listened to the TRC hearings will never forget the horrific stories they heard there, sometimes being told for the first time. Over and over again, people said that they kept the pain bottled up inside for decades.

Why did it take so long for the truth to come out? Tragically, many First Nations children did tell people what was happening, but over and over they were not believed. People who did believe them were powerless against a racist system that held them captive. With white people in power, there was no safe place for these hurting voices to be truly heard.

Survivors of pastoral abuse may have internalized messages that the abuse was their fault, they may even have difficulty seeing what happened as abuse. The fallout from the abuse may leave them feeling weak, vulnerable and incapable of action. A supportive environment is essential if churches want survivors to lay complaints.

Guarding A Sacred Trust: Times They are A’Changin’

Thirty years ago almost no churches had “Safe Place Policies.” While there were ethical standards for pastors, most denominations used informal procedures for investigating complaints. Too often, people in power protected abusers. Abuse was swept under the rug. Complaints were not investigated properly, or dismissed altogether. In the process, survivors of abuse were silenced, trivialized and forgotten.  People who abused were moved on to new churches. This discouraged others from laying complaints.

As sexual abuse became an issue society cared about, professional organizations started writing abuse policies and investigating complaints. In the 1990s churches started doing this too. But even then, survivors who had the courage to come forward were sometimes re-victimized, their identities revealed.

The church, like so many other organizations, has taken greater care in recent years to not re-victimize survivors. Survivors’ identities are kept confidential and they receive apologies from denominations. They are supported in their healing journey which, in the case of Tyler’s abuse, may include Camila laying criminal charges for sexual assault.

No one chooses to be a victim of abuse. When survivors of abuse find their voice and uncover abusive actions, no matter how long ago it happened, the church will listen and investigate.