The Long-term Cost for Survivors? 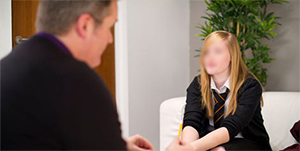 Kyla had always seen herself as a “good girl.” She never partied, concentrating on getting good grades. When she was in grade 11, her parents sent her to a boarding school they had attended in a small town. Because she was so homesick and feeling so isolated, a teacher suggested a local Christian counselling agency.

Initially the counselling with John really seemed to help her. But as she started to trust John more, he started asking more and more personal questions. He wanted to know about her “love life.” He suggested that a lot of her insecurity was sexual. The “counselling sessions” soon had a physical component.

She wanted to stop seeing John, but in some way she was flattered that a man much older than herself was so interested in her. At the same time, she felt terribly guilty that what they were doing was wrong. He told her that they hadn’t had sexual intercourse, so it wasn’t wrong, and that she was sexually inhibited, and he was helping her learn to love herself as a sexual being that God created.

Sometimes Kyla felt she cared for John, and that this was sort of like dating. Other times she was filled with self-loathing. Kyla wanted a real boyfriend so she tried dating boys in her class. But John would want to hear all about it in their “counselling sessions.” She gradually dropped the few friends she did have.

Some days John told her he loved her; other times he made veiled threats that he would talk about her “instability” so that people would not believe her if she talked. She was sure no one would believe her because she was a nobody. John was a deacon in her church and he sat on Town Council.

Finally, she graduated, and returned home. Kyla jumped into a relationship with the first boy she met in college; it turned out badly. So she found another relationship, and another. Most of all, she felt bad about herself, that she was very sinful. She didn’t know how to pray, God seemed very far away. 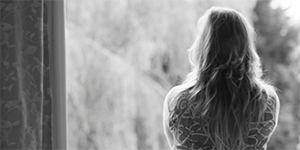 In her senior year, she found that she was pregnant. She married the father, hoping that this would bring some normalcy to her life. But their marriage was unhappy from the beginning. Kyla went from depression to depression. She looked back at her life, and wondered how she could have screwed things up so badly.

Kyla ended up in the hospital after a failed suicide attempt. In a residential treatment setting, a counsellor started getting to the root of her unhappiness. It was only then, ten years after the fact, that Kyla started to name what John had done to an innocent young woman. The counsellor talked to her about the option of getting legal advice and going to the police to lay charges. She started to wonder whether she was the only person that John had abused.

Biblical Grounding: From the Ground Up

Survivors of pastoral abuse struggle with faith in God that others take for granted.

“Trust in the Lord with all your heart, and do not rely on your own insight” Proverbs 3:5.

Verses like this one are terribly problematic for victims of pastoral abuse. The person who abused them had convinced them to ignore their own insights about what was right or wrong. Their own insights were over-ridden by a powerful personality, a personality that had religious power and authority.

Making the transition from being a victim of abuse to being a survivor of abuse involves claiming your own insight, and owning it. No one, even someone with religious authority, can change your mind.

Where does God come into the story? That’s the challenge because trust in religious authority is shattered. Sometimes it can be hard to trust God again, when the leaders who are supposed to lead you to God were so abusive.

Communities help survivors on their healing journey by surrounding them with love and giving them a safe place to rebuild their faith from the ground up.

Professional Ethics: The Cost of Secrets and Lies

Abuse by a church leader always involves secrets and lies. A survivor can fear punishment or physical harm. Or they keep the secret because they worry that people will blame them for what happened. Sometimes they get so tired of keeping this secret that they minimize it, and say it wasn’t important.

Living a lie, and pretending things are fine when inside you are dying, is one of the most excruciating ways to live. Relationships feel false. The pain inside you comes out in unhealthy ways. Survivors of abuse sometimes engage in self-harming behaviors, through cutting themselves, abusing drugs or alcohol or making unwise or unsafe choices.

Survivors can have low self-esteem, feeling responsible for the abuse, and blaming themselves for getting involved, for not stopping the abuse, even for not having the courage to tell the truth. Low self-esteem can lead to poor relationships and career choices, as you feel you don’t deserve better.

Sometimes survivors have a troubled relationship with their own body and their own sexuality. They can feel that their body betrayed them, they can feel they are not at home in their own skin. This profound alienation goes to the core of human spirituality and can even affect physical health.

Some survivors of abuse, particularly if the abuse happened when they were very young, are more or less successful at burying the memories. Some adults may live their lives with no conscious memories of abuse although they may feel troubled and conflicted. Sometimes survivors experience flashbacks, which are intrusive physical memories that take you back to the situation. These post-traumatic stress reactions can be debilitating.

When a reckoning about the costs of abuse finally starts to sink in, survivors have to deal with anger and rage at the person who abused them, at the institution that allowed it to happen, and even at God.

Seeking justice and accountability is often a part of the healing journey. Options need to be weighed, considering their benefits and costs.

The good news is that you can heal from abuse by a church leader. Freedom from guilt, shame and fear is possible. The first step is telling your story to someone you can trust. Thankfully, more and more churches are understanding the seriousness of pastoral abuse, and are dealing with complaints in professional ways.