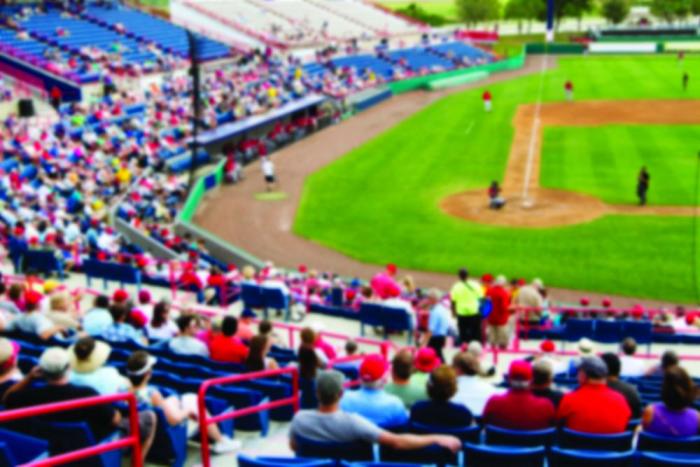 A West Hills' Story of Change

The air conditioning on the bus felt good and I relished the cool breeze as I waited for the people to take their seats. I turned to the man who had invited us to the Toronto Blue Jays baseball game that June afternoon. “You’re going to be pretty tired tomorrow for your sermon,” I jokingly said to him as he was a pastor and we would be returning to Kitchener late that Saturday night. Sean said, “This is church this week.” That was unexpected. I was surprised that a church would choose not to gather on Sunday because they had gone to a Blue Jays game on Saturday!

West Hills Mennonite Church has made some significant shifts over the last two years. “West Hills was in a unique place,” says Sean East, pastor. “We had lost a number of families and no longer had the same capacity to run programs, or even a Sunday morning service each week. It freed us to think outside of the box. We put some intentional thought into how best to make changes to implement teachings from ReLearning Community.”

That was unexpected. I was surprised that a church would choose not to gather on Sunday because they had gone to a Blue Jays game on Saturday!

Following one of the key concepts of ReLearning Community, that as a disciple of Jesus we have a relationship UP with God, IN with fellow believers and OUT with people who do not know God, West Hills adopted a pattern or rhythm in terms of their weekend gatherings. Every four weeks they cycle through this rhythm.

One week they have a traditional worship service that looks very similar to worship services in other congregations. This is their UP Sunday. The next week is an IN Sunday and looks quite different. They meet in someone’s home and have a more informal time of worship and faith formation intentionally focused upon seeking God together as a community. They share a meal and perhaps part of the afternoon together. The following Sunday they return to a traditional service in another UP Sunday.

The fourth weekend is designated an OUT weekend. “We don’t have any kind of formal gathering on an OUT weekend – there is no worship service, no communion service, no gathering in that sense. As a group, we will either plan something or join something that is already happening in the community,” says Sean. They have held gym nights, instituted an annual trip to a Toronto Blue Jays game, gone bowling, and held nature walks or scavenger hunts.

It was hard for some to have one Sunday a month where they were not gathering as a faith community. At the same time, people also saw the excitement and the impact that this new rhythm had on the lives of people.

ReLearning Community recognizes that we all have busy lives and encourages people to give something up in order to do something new.

“We have found that by adopting a bi-weekly Sunday morning worship service, it frees time and space to invite people into our lives,” says Kelly Freeman, member at West Hills. “This rhythm is a deviation from traditional church and there has been some lamenting over the loss of the traditional church format.”

West Hills started this on a trial basis in 2017. People engaged the rhythm at varying levels of participation. It was hard for some to have one Sunday a month where they were not gathering as a faith community. At the same time, people also saw the excitement and the impact that this new rhythm had on the lives of people.

"I think this has been one of the most impactful frameworks for being church together.”

One woman who did not attend the OUT weekends would faithfully pray during each of those OUT events. So even though some members of the congregation were unsure of the changes, all agreed that they did not want things to return to how it used to be and supported the new pattern of being church together. West Hills has continued in this rhythm for the last two years.

“God has really shown us that the church is the people and not the walls in which you meet,” says Kelly. “I’ve been in the church all of my life and I think this has been one of the most impactful frameworks for being church together.”

Sean concludes, “Our success is measured in whether we are being obedient to what God is calling us to do. That is all that we can do. It’s not about how well we design something; but it is up to God to work through those things in God’s timing and in God’s way.”